ZOLL Foundation Board of Directors

The ZOLL Foundation is a 501 (c) (3) nonprofit organization governed by a Board of Directors, separate and distinct from ZOLL Medical Corporation. The Board has the responsibility to review applications to identify those that are within the scope and intent of the Foundations mission, and to determine the level of support for such projects.

The Board is comprised of representatives of ZOLL Medical who serve on a volunteer basis, as well as independent directors.

Ward M. Hamilton, President ZOLL Foundation
Mr. Hamilton retired as Senior Vice President from ZOLL Medical in 2017. He joined the company in 1992 as Vice President of Marketing. He was elected President of the ZOLL Foundation in 2018. Prior to ZOLL Mr. Hamilton was employed by the City of Pasadena Fire Department, Datascope Corporation and Laerdal Medical. He has worked in the field of resuscitation and devices for more than 40 years. Mr. Hamilton received his BA in Political Science from Hartwick College and holds a Master's degree in public administration from the University of Southern California. He has served on the Board of Directors for the Citizen CPR Foundation and Sudden Cardiac Arrest Foundation, and has been active in the American Heart Association.

John P. Bergeron
Mr. Bergeron joined ZOLL Medical in 2000, retiring as the company's Vice President and Corporate Treasurer in 2021. Previously, Mr. Bergeron was a Vice President at Ionics Inc., a global separations technology company, where he was Corporate Treasurer and Tax Director. Mr. Bergeron served in a variety of tax positions at other multinational corporations. He has a BA in business administration from the University of Massachusetts at Amherst and a Master's degree in taxation from Bentley University.

Coreen M. Packer
Mrs. Packer is a former principal of the Garvey Group, Inc a Real estate investment company, and was a Vice President of Bank of New England in the real estate asset management department. Mrs. Packer received her BA in history from the University of New Hampshire. She is active in many local voluntary community organizations. Mrs. Packer is a Trustee of the Packer Family Charitable Trust.

Richard A. Packer
Mr. Packer, who joined ZOLL Medical in 1992, became President of ZOLL in 1996 and is currently its Chairman. He is also Primary Group Executive for Asahi Kasai Health Care. Mr. Packer holds an MBA from the Harvard Business School, as well as an engineering degree from Rensselaer Polytechnic Institute. A former Board Member of MassMedic, he currently serves on Boards of Directors for a number of public and private companies, as well as non-profit organizations.

Norman A. Paradis, MD
Dr. Paradis is a Professor of Medicine at Dartmouth College and an emergency physician at Dartmouth Hitchcock Medical Center. His is active in biomedical research and medical device development. His research interests include cardiac arrest and shock, as well as molecular and optical biomarkers. He currently leads a Department of Defense-funded collaboration developing innovative diagnostics in trauma, and is Founder/CEO of CPR Therapeutics Inc., which is developing the next generation therapy for cardiac arrest. Dr. Paradis has been Chief Medical Officer for a number of renowned companies, and he edits the leading textbook in Resuscitation Medicine. Dr. Paradis has been Chief of Emergency Medicine at Dartmouth and Medical Director at University of Colorado, and has been on faculty at NYU, Columbia, USC, and VCU.

Jonathan A. Rennert
Mr. Rennert was named Chief Executive Officer of ZOLL Medical in April 2016. Since joining ZOLL in 2008 as President, he has led the company to become the global leader in external defibrillation, diversified the product portfolio through the addition of transport ventilators and intrathoracic pressure regulation (IPR) therapy, and overseen the establishment of Asahi Kasei ZOLL Medical, ZOLL's Japanese subsidiary. Prior to joining ZOLL, Mr. Rennert led the analytical instruments business at PerkinElmer, Inc., and earlier in his career, held manufacturing and engineering leadership positions with United Technologies and General Electric. Mr. Rennert holds master's degrees in management and mechanical engineering from the Massachusetts Institute of Technology (MIT) and a bachelor's degree in mechanical and aerospace engineering from Princeton University.

Fumito Ichinose, MD, PhD
Dr. Ichinose is the William Thomas Green Morton Professor of Anaesthesia at Harvard Medical School and a cardiothoracic anesthesiologist at Massachusetts General Hospital. Dr. Ichinose is a physician-scientist who is actively involved in patient care, basic and translational science research, and drug development. His research focus includes mechanisms of hypoxic ischemic brain injury, neurodegeneration, and artificial hibernation. His research has been continuously funded by grants from National Institute of Health and National Science Foundation in the past 18 years. 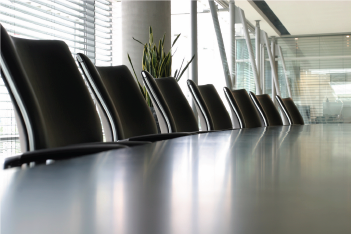